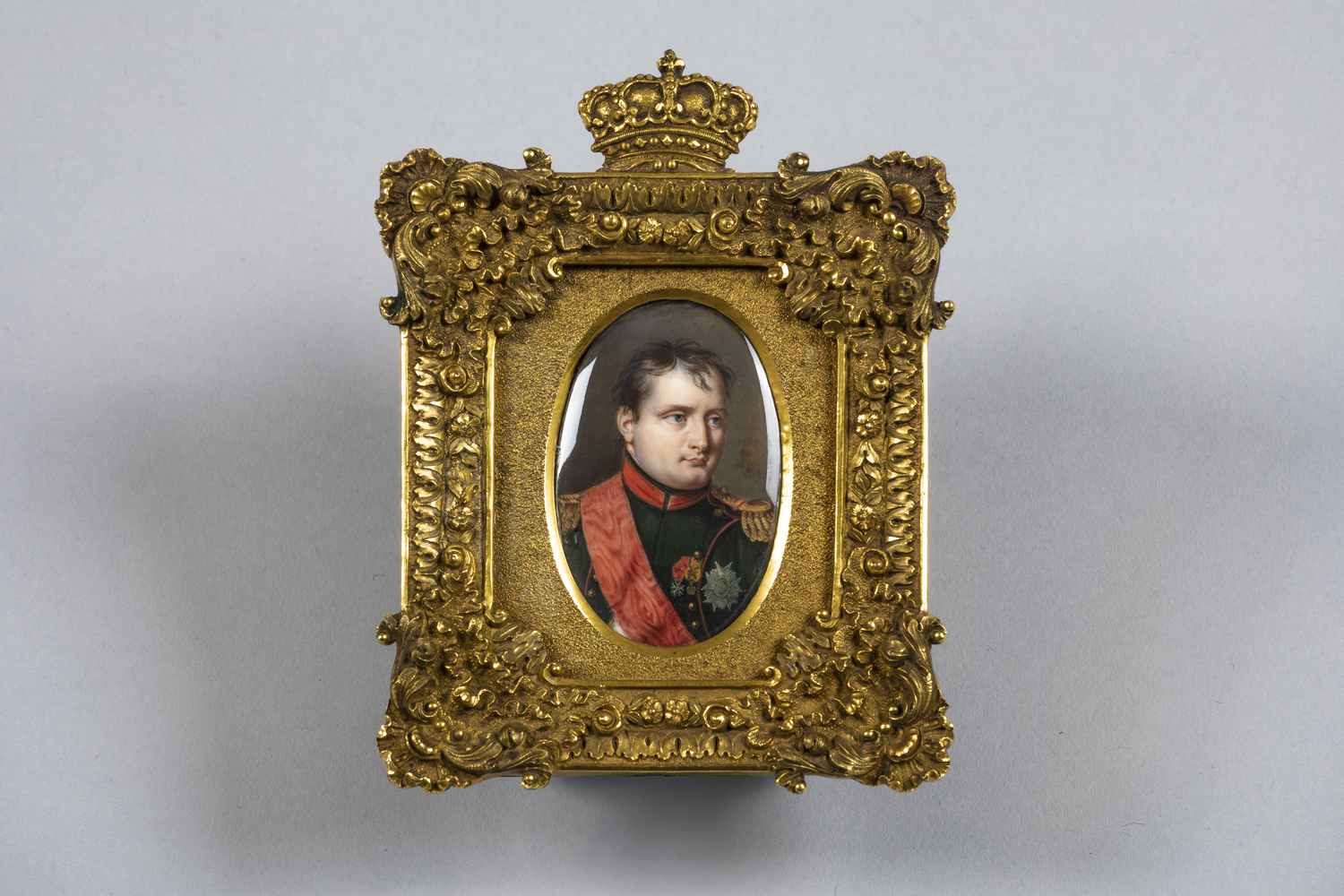 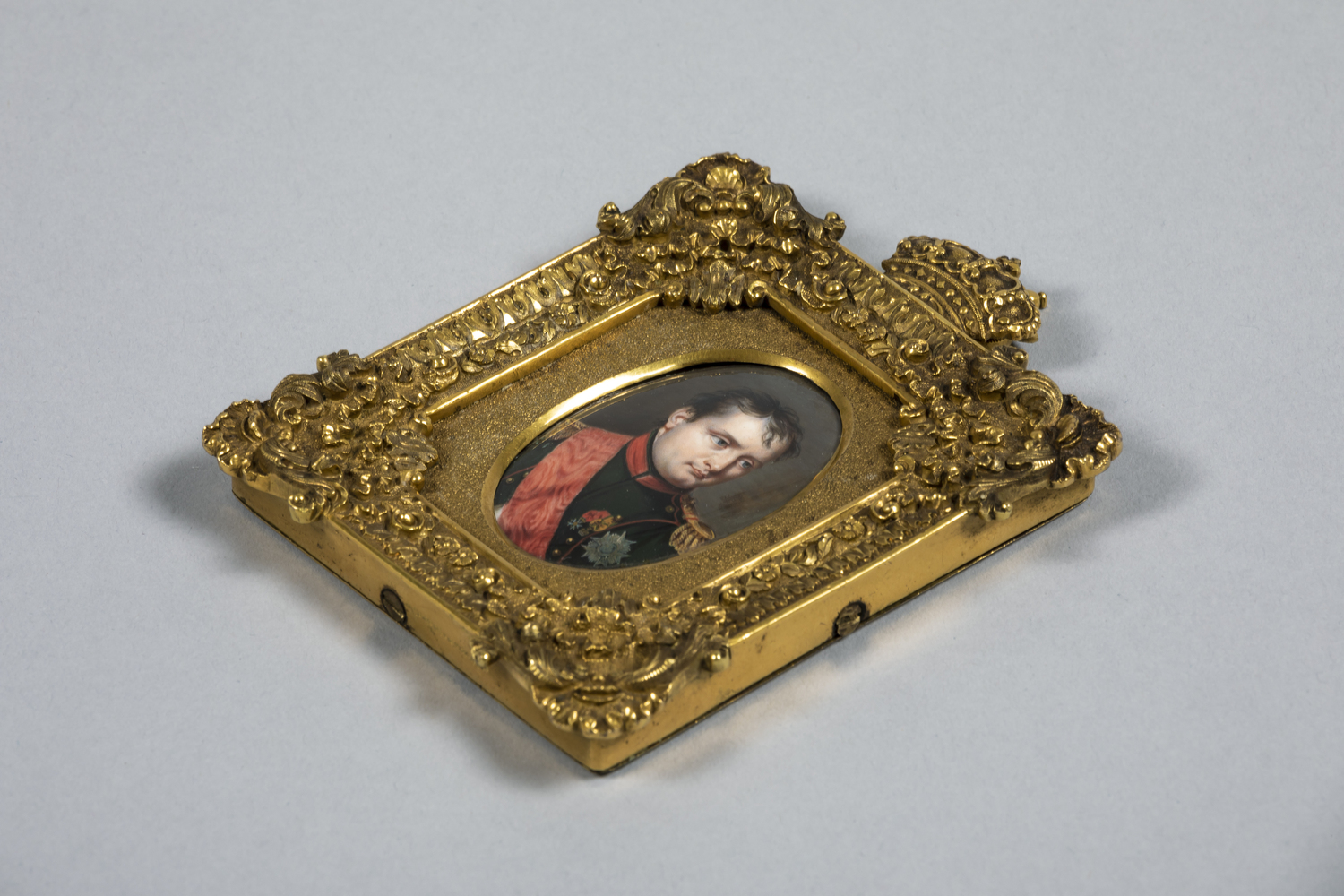 Miniature depicting Napoleon in the uniform of a colonel of the Guard horsemen, after the painting by Robert Lefèvre.

The diffusion of the imperial image was an important component of Napoleon's policy, to legitimize his power and, in a certain way, to make people attached to his person. It became a mark of high distinction to receive the portrait of the Emperor or the imperial family as a present, in the form of porcelain, cameos or miniatures. Napoleon, who liked to be generous with his guests, distributed several of his miniatures, which were mounted in jewels or on snuffboxes, the portrait of the Emperor being more or less enriched with brilliants according to the importance of his interlocutor. According to the registers of the Emperor's House, the painters Isabey and Robert Lefèvre were among the main suppliers of the miniatures which were then entrusted to the House of Nitot, today Chaumet, the Emperor's jeweler.