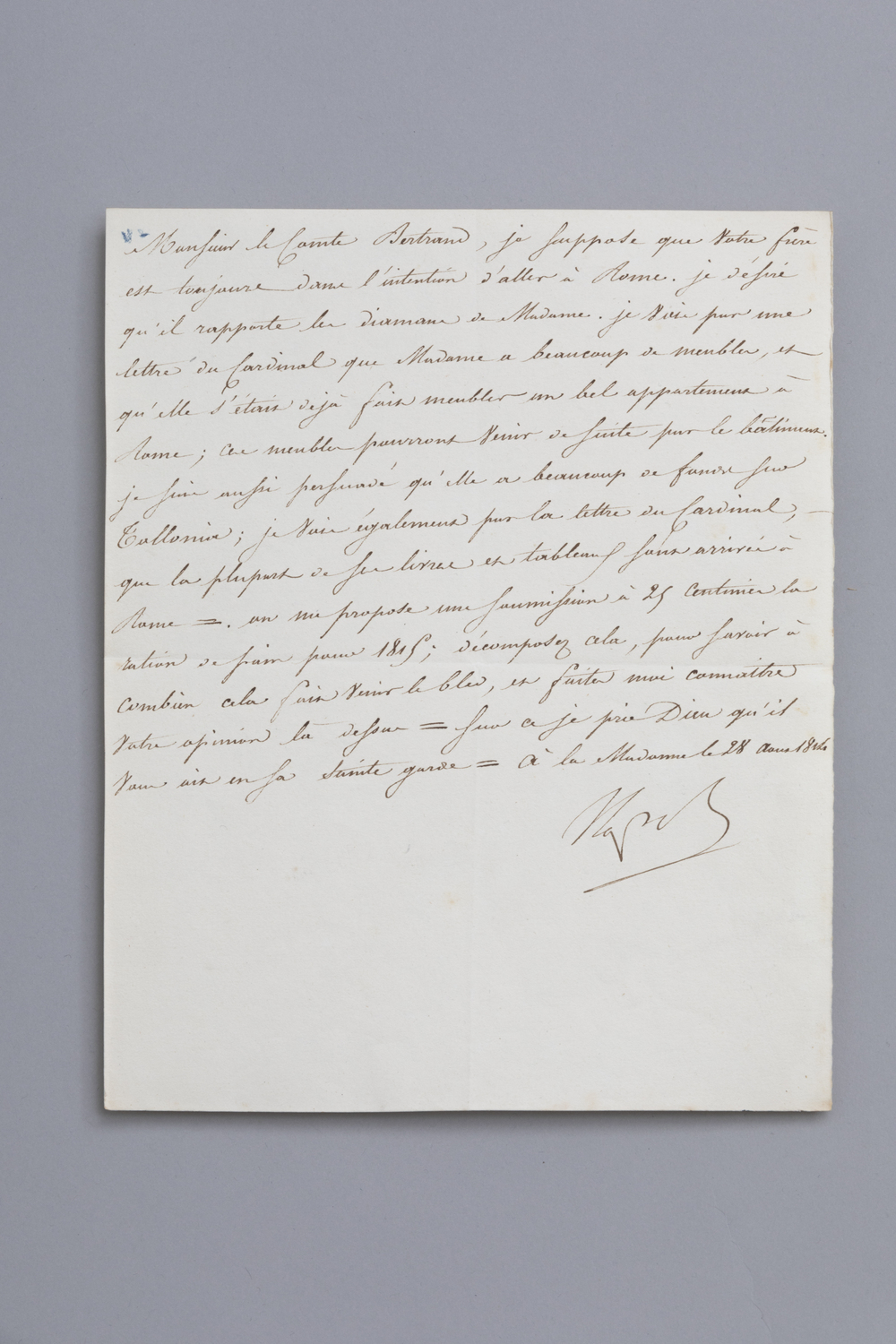 Letter from Napoleon I

Very beautiful letter of Napoleon to the general count Bertrand, his Grand Marshal of the Palace, who faithfully followed Napoleon in his exile, preparing here the coming and the installation of the Emperor's Madonna on the Island of Elba.
Napoleon's correspondence mentions the diamonds of Madame Mère placed in Rome, and the sending of her furniture, library and collection of paintings.

Monsieur le Comte Bertrand, I suppose that your brother is still intending to go to Rome. I want him to bring back Madame's diamonds. I see from a letter from the Cardinal that Madame has a lot of furniture, and that she has already furnished herself a beautiful apartment in Rome; this furniture can be brought over by the ship. I am also convinced that she has a lot of money in Tallonia. I also see from the Cardinal's letter that most of her books and paintings have arrived in Rome. = I have been offered a quote of 25 cents for a ration of bread for 1815; break this down to find out how much it will cost for the wheat, and let me know your opinion on this. = On this, I pray to God that he may have you in his holy custody. = to the Madonna, August 28, 1814.
Napol[eon]

Unpublished in the general correspondence of Napoleon. The letters written by the Emperor Napoleon since his first exile on the Island of Elba, are extremely rare. The Emperor was then installed at the Madonna, next to a statue of the Madonna, in Marciana Alta, on the summit of Mount Giove. He stayed there only from August 23 to September 5; he was waiting for the Countess Walewska who arrived from France with her son, to receive them from September 1 to 3, 1814. Very beautiful signature "Napol".